Robert Sean Leonard is a famous TV Actor, who was born on February 28, 1969 in United States. Actor known for his role as Dr. James Wilson on the TV drama, House M.D. He also has a recurring role in TNT’s alien show, Falling Skies. According to Astrologers, Robert Sean Leonard's zodiac sign is Pisces.

Robert Lawrence Leonard (born February 28, 1969), known by his stage name Robert Sean Leonard, is an American actor. He is known for playing Dr. James Wilson in the television series House (2004–2012) and Neil Perry in the film Dead Poets Society. Leonard won a Tony Award for Best Featured Actor in a Play for his performance in The Invention of Love in 2001. His other theater credits include Candida, Long Day’s Journey Into Night, Breaking the Code, The Speed of Darkness, Philadelphia, Here I Come!, Arcadia, The Music Man, Born Yesterday, and To Kill a Mockingbird. From 2013 to 2014, Leonard had a recurring role as Dr. Roger Kadar on the television series Falling Skies. He also starred as the leading role in Swing Kids and played Peter.

He married Gabriella Salick in 2008 who he has had two daughters with.

In 1997, Leonard received rave reviews for his role in the Christopher Reeve-directed television film In the Gloaming. Entertainment Weekly said that, in the film, Leonard “does a first-rate job of juggling Danny’s mixture of despair, neediness, and mordant jokiness.”

From 2004, he played Dr. James Wilson, head of the oncology department, on the FOX TV series House, until the series ended in 2012. In 2007 Leonard appeared on Entertainment’s Weekly’ s 100 list as “Dr. Underrated.”

He adopted his brother’s first name for his Screen Actors’ Guild membership due to the fact that he shared the same name with another actor.

From 2004, he played Dr. James Wilson, head of the oncology department, on the FOX TV series House, until the series ended in 2012. In 2007 Leonard appeared on Entertainment’s Weekly’ s 100 list as “Dr. Underrated.”

Leonard is a three-time Tony Award nominee, winning Best Featured Actor in a Play in 2001 for his role as A. E. Housman in Tom Stoppard’s The Invention of Love. He had a prior association with Stoppard’s work, playing the role of Valentine in the New York premiere of Arcadia at Lincoln Center in 1995. His 2003 Tony nomination was for his portrayal of Edmund Tyrone in a well-received revival of Eugene O’Neill’s Long Day’s Journey Into Night that co-starred Philip Seymour Hoffman, Brian Dennehy and Vanessa Redgrave. Leonard has also appeared in Broadway musical productions, in 2001 replacing Craig Bierko as the lead performer in a revival of The Music Man. On February 8, 2011, it was announced that Leonard would co-star as Paul Verrall in the 2011 Broadway revival of Born Yesterday beginning in March.

In 2016, Leonard played King Arthur in David Lee’s adaptation of the musical Camelot at the Westport Country Playhouse in Westport, Connecticut. From February to April 2017, he appeared in the Broadway revival of Sunday in the Park with George as Jules/Bob.

Who is Robert Sean Leonard dating?

Ranked on the list of most popular TV Actor. Also ranked in the elit list of famous celebrity born in United States. Robert Sean Leonard celebrates birthday on February 28 of every year.

You may read full biography about Robert Sean Leonard from Wikipedia. 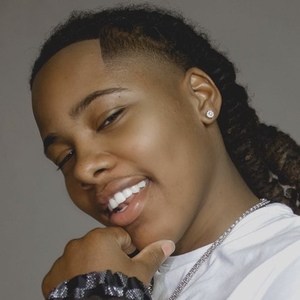