Ashley Parker Angel is a famous Pop Singer, who was born on August 1, 1981 in United States. O-Town singer who was discovered on ABC’s show Making the Band and sang on “All or Nothing.” He also pursued a solo career, featured on the MTV reality show There and Back. According to Astrologers, Ashley Parker Angel's zodiac sign is Leo.

Ashley Parker Angel was born Ashley Ward Parker, the child of Darren and Paula Parker, and raised in the town of Redding, California. His grandparents are of German and Irish descent. Ashley was named after the fictional character Ashley Wilkes, his mother’s favorite character from Margaret Mitchell’s 1936 novel Gone with the Wind, and the classic film of the same title. When Ashley was three years old, his parents divorced. His mother later remarried, and Ashley was legally adopted by his stepfather, Ron Angel, who is of American Indian descent. He then legally assumed the name by which he is also known as, “Ashley Parker-Angel.” He has two brothers, Taylor and Justin and two sisters, Annie and Emily.

He got engaged to model Tiffany Lynn in May 2004. They had a son named Lyric together before breaking up in 2008.

Ashley Parker Angel (born August 1, 1981) is an American singer, songwriter and actor who rose to prominence as a member of the boyband O-Town. After the band dissolved he had a brief solo music career, and was the only former band member who declined to go on a reunion tour with O-Town in 2011. Parker Angel has acted in several Broadway productions since 2007, and most recently appeared in Wicked as the lead male character Fiyero Tigelaar.

He set the school soccer and football fields on fire when his model rocket exploded. He worked as a voice-over artist for many video games, including Lunar: The Silver Star.

In 2000 Ashley Parker Angel achieved fame on the hit ABC series Making the Band, which tracked the formation of a pop music group. The MTV production was the first reality show to be picked up by a major television network. Weekly, viewers saw Angel, after first being plucked from tens of thousands of other auditionees, survive each stage of the selection process to become one of the “final five” members of the new vocal group O-Town.

In late spring 2001, the second single, “All or Nothing,” and became the biggest hit of O-Town’s career. The song reached No. 1 on the U.S. top 40 chart and was nominated for numerous awards, including Song of the Year during the 2001 Radio Music Awards.

Who is Ashley Parker Angel dating?

In 2004, Ashley had secured a record deal with Blackground/Universal Records, and later that year MTV began filming There and Back, a reality series tracking his pursuit of solo stardom. The show documented Parker’s struggle to transcend his mostly teen idol image, showcasing him as a serious songwriter and musician who co-wrote every track of his album. The series was backlit by the relationship between him and his then-pregnant fiancée (the engagement has since been broken off) and the obstacles of early fatherhood, and also captured the drama and birth of his son Lyric.

Ranked on the list of most popular Pop Singer. Also ranked in the elit list of famous celebrity born in United States. Ashley Parker Angel celebrates birthday on August 1 of every year.

The group toured internationally, and went on to be the first reality show cast to remain unchanged for a second and third season. Near the end of the third season, viewers watched O-Town striving to take their careers to the next level, writing their own music, earning the respect of industry peers, and marketing themselves as more than a “boy band.” Unfortunately, by the time of the release of their second album, O2, the teen-pop genre had begun to fade, and they did not find the acceptance they sought. Despite moderate success, O2 got nowhere near the market impact of their first album. In November 2003 J Records dropped the band from the label.

In May 2006, his solo album Soundtrack to Your Life was released, debuting at No. 5 on Billboard and receiving many positive reviews. Billboard’s review called it “great melodic rock … falling somewhere between the earnest balladeering of the Goo Goo Dolls and the driving rock of the All American Rejects.” The first single release, “Let U Go,” was a hit; its video spent weeks at No. 1 on MTV’s TRL and the single had the third-highest-selling debut of 2006. In spring of that year, Parker toured throughout North America with Ashlee Simpson.

In April 2006, Parker was selected to be a contestant on NBC’s Celebrity Cooking Showdown, produced by entertainment mogul/rapper Diddy; Angel placed second, even though he is seen severely lacerating his finger during one of the timed cooking challenges. Shortly thereafter, he competed in the Kelly Slater Celebrity Surf Invitational, in which he had another severe injury, this time a foot laceration.

In 2007 during his run on Broadway Angel began taking Acting classes after finding acting during the show fun and challenging. In June 2009, Parker signed for his first major acting role as Carson Wheetly for the movie Wild Things: Foursome (originally titled, Wild Things: Criss-Cross) by Sony, filmed in Miami over two months.

You may read full biography about Ashley Parker Angel from Wikipedia. 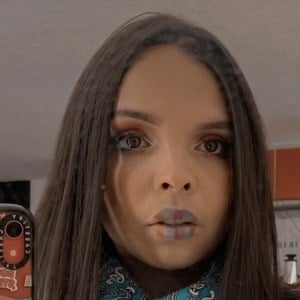